by SQ Productions on March 1, 2010 in Tamer Tewfik 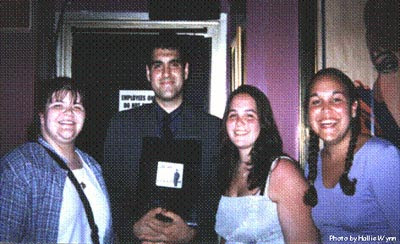 Left, Tamer is presented with the official fan-club materials and told of the launch by Maggie (left) and Krista (right)

In 2000, Tamer came to New York to pursue a career in music. Among his audiences were a number of children who recognized both Tamer’s talent and his passion. By June 2001 they had formed a fan club. Within a year it had grown into the Tamer Tewfik International Fan Club.

Membership has included the usual fan club perks: discounts on shows and CDs, Tamer memorabilia and exclusive events. In addition to regular performances the fan club has had the opportunity to participate in The Jazz Assembly, a unique program, created by 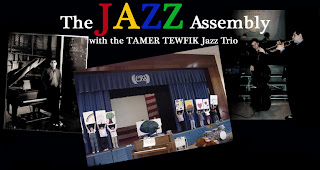 Tamer, incorporating elements from all core-curriculum subjects to teach students the valuable history and tenets of jazz. With humor, fun and, most important, sincerity, Tamer continues to introduce new generations to Jazz and the Great American Songbook.

Tamer is a remarkable musical talent with an amazing quest to unite children with the importance of Jazz music. He has a unique way of treating these children as equals, giving him the upper hand to prove how fun and educational music is.” – Krista Sarubbi, TTIFC co-founder. 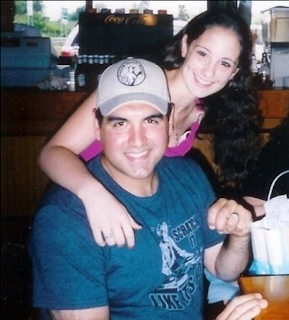 left, Tamer with Caity Sarubbi at the second fan-club luncheon having oysters on the waterfront.

The favorite fan club event has been the annual luncheon. Tamer and the fan club have shared oysters on the waterfront, Hibachi on Staten Island, even history at the 56th Fighter Group. Most importantly they have shared Tamer’s music and the passion they had seen on stage. Each lunch has been a celebration of music and friendship, of talent and passion and reaching for one’s dreams.

“If you don’t know jazz, then your life knows no meaning. Listen to Tamer and he’ll give your day a warm start. Louis Armstrong said, ‘If you have to ask what jazz is, you’ll never know.’ Kids ask what everything is. Tamer lets us know.” – Caity Sarubbi, TTIFC President

Fan club support has hardly been a one-way road. Just a kid himself in many ways, Tamer has encouraged and actively supported the members while still maintaining all the joy and wonder too many of us outgrow. 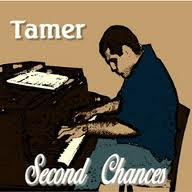 Tamer’s most recent CD, Second Chances, is a TTIFC production. Spearheaded by President Caity Sarubbi and with Tamer’s full support and trust, the fan club has worked hard to produce Tamer’s first collection of original material. They have chosen everything from the cover art to the songs and everything in between.

Co-founder Krista Sarubbi recently graduated from Penn State University with her BFA in technical theatre. While still a student she was stage manager of a number of shows in which Tamer appeared; she headed the crew of Seascape with Sharks and Dancer which won the Spotlight On Theatre Award for Best Sound Design for a design that featured Tamer’s original music, and has even appeared with him on-stage. 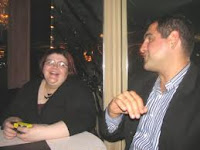 Co-founder Maggie Robinson is currently attending Molloy University where she is a proud member of the Molloy Vocal Ensemble while working toward her BS in Music Therapy, an established healthcare profession that uses music to address physical, emotional, cognitive and social needs of individuals of all ages. Now a powerful stage presence with an equally strong voice, Maggie first performed in public when Tamer invited the shy teen to join him at the piano during a club appearance.

“Tamer is a true renaissance man. His passion for music is infectious, as is his passion for teaching. Knowing him on a personal level, and working with him professionally, is an absolute honor.” – Maggie Robinson, co-founder.

Left, Tamer with fan-club member Tim Sarubbi during a fan club meeting in 2002

President Clinton was in office, the Twin Towers stood majestically in the New York City skyline and Tamer’s star was on the rise. The children that first formed TTIFC are young adults now; some have followed Tamer into show business, some into music, still others into education. As they continue to grow and follow their dreams they still share with Tamer that passion they saw on stage so many years ago.

← Who is the Swamp Queen?
Where is the Sound in “Lights, Camera, Action”? →